THE TEACHER AND HIS THOUGHTS - Blog - Italian Conducting Academy 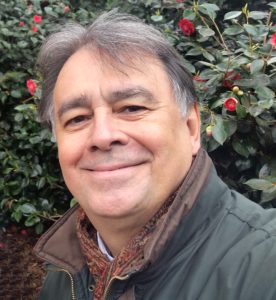 Gilberto Serembe Founder of the ICA

Trained at the prestigious school of the last great Italian Teachers: Franco Ferrara, with whom he studied at the Academy Chigiana in Siena and Mario Gusella (school of Hermann Scherchen) with whom he studied at the Conservatory “G. Verdi” in Milan. Here, as a young student, he graduated in Composition with Bruno Bettinelli, teacher of prestigious conductors and soloists such as Claudio and Roberto Abbado, Muti, Chailly, Pollini, Ughi and Canino. The meeting with Carlo Maria Giulini in 1974, with whom he maintained a constant relationship for several years, was ethically significant and it had a decisive influence in his choices and his career.

He was Full Professor of Conducting and Conductor of the orchestra of the Conservatorio of Brescia and from 1988 to 2010 he was Professor of Conducting at the International Superior Courses of the Accademia Musicale Pescarese and from 2010 to 2012 at the Accademia Italiana per la Direzione d’Orchestra in Faenza of which he was the Principal Teacher and Inspirer. He has also held Masterclasses in Valencia, Spain. In 2013 he founded the Italian Conducting Academy, based in Milan.

Gilberto Serembe is married to the composer Elisabetta Brusa. 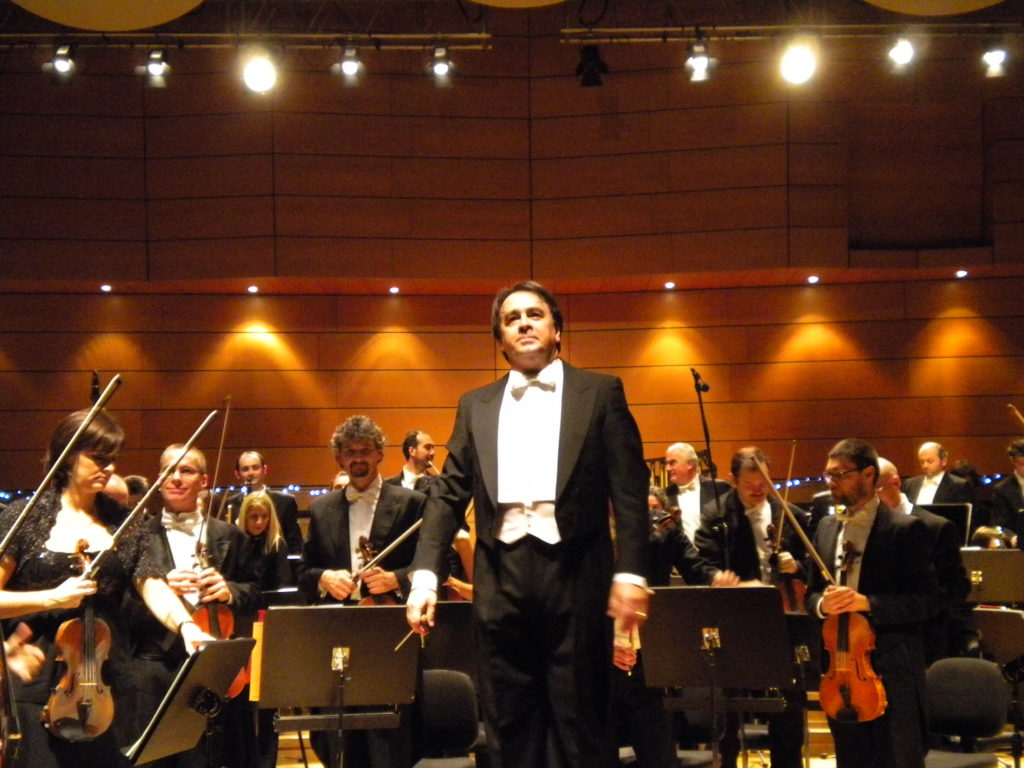 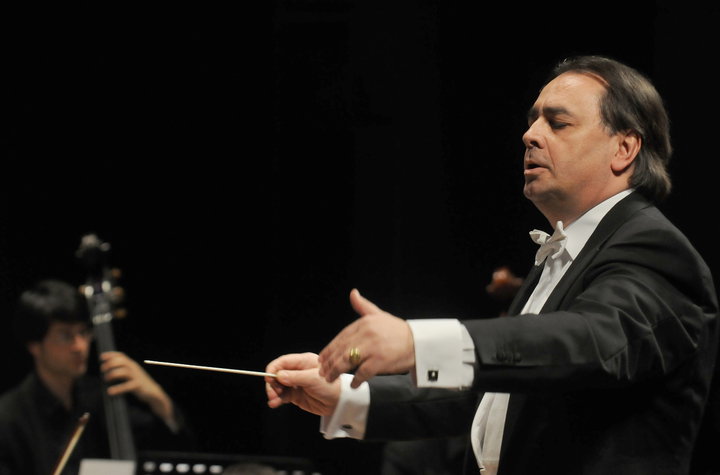 Contrary to what one may imagine, conducting an orchestra does not need special skills or a directorial technique or an extraordinary musical preparation. You simply need a decent sense of rhythm and a little ear. In the past, two of the greatest American comedians, Danny Kaye and Jerry Lewis, gave us a clear evidence of this. Whoever had the good fortune to attend their exhilarating performances in the roles of conductors cannot deny their great skills for clarity of gesture, incisiveness and presence.  During a performance with the New York Philharmonic Orchestra Danny Kaye mimicked the attitudes of some conductors: the young beginner, the more expert, the former conductor on the eve of retirement, the one with tics and a review of conductors of various provenance, from the uncompromising Teutonic to the super hot Latin, from the very precise Nordic to the all “charmant” French.  In practice, a funny but great lesson in conducting.

Such events make us understand that there is little need of conducting schools if there isn’t a natural predisposition to communication and a spontaneous and innate musicality, not technically gained. You can learn any instrumental technique and become a good performer (unless, of course, there are physical impediments and a marked unmusicality), but it will be difficult to achieve a combination of technical and expressive depth in the conducting field, even studying doggedly for years.

The physical predisposition is essential, certainly not a sufficient requirement in itself, but very important because it is a primary component for expressive communication and for the sound imprint of a conductor. The possession of a conducting technique not extraneous to one’s physiognomy is basic, but not be taken for granted. Many performers move to the podium feeling themselves strong thanks to their artistic experience matured over the years, but often with poor results because they consider the musical result obvious. Not so, because the baton should not be a foreign object held tightly in the hand, but the prolonged physical and mental projection of the conductor.

It takes continued time and maturity to achieve harmony between gesture and musical idea, an indispensable union to communicate with an orchestra. A young musician is certainly at an advantage compared to a more mature fellow, although the latter may have a solid musical experience. The young man has more time to frame his technique and especially to improve it, cutting it on his body as a tailor cuts a dress. Of course, the wealth of additional knowledge, in other words the study of one or more instruments, composition, styles, music history and a passion for complementary disciplines, will complete his training; the daily experience with the orchestra, union of men first of all, and thus the human experience, will enrich and contribute to the growth of the individual-artist. A stroke of luck, if and how it comes, will be welcome.

An aspiring conductor should be aware that for some time there has been a transformation in the art of conducting. The “demiurgical” figure of the conductor, as we have known it for decades, is fading away, if it hasn’t already disappeared, and its place has been taken over, and unfortunately accepted, by a “technocratic baton” ready for any coordination role, as a good manager with his staff. Today young conductors are required to have promptness, mental and physical health, efficiency and should prove willing to accept to conduct a little of the entire repertoire, although often at the expense of their predisposition and sensitivity. It has become a sad habit to observe a conductor experimenting with composers with whom he has an existential conflict: Beethovenian titanism for Vivaldi, Ravelian nuances for Brahms, Mahlerian uproars for Schumann and so on. Not to mention the gestures: big arm evolutions in works that require the utmost discretion or miserable movements due to chronic periarthritis of the shoulder for music that requires enthusiasm and passion. Misinterpretation and generic readings of the repertoire are now on the daily agenda despite the lessons of giant figures such as Furtwängler, Klemperer, Toscanini, Walter and then Bernstein, Böhm, Karajan just to mention a few famous names. Unbelievable but true, even in places devoted to great music, we daily listen to many boring concerts of the worst routine among the general approval of an increasingly accustomed, seemingly insensitive and distracted public. For some time we have been seeing a general homologation from which musical performances do not seem to escape and orchestras around the world, with a few dutiful exceptions, are the most tangible example of a leveling of taste and of an increasingly scarce sensibility towards the conductor’s solicitations. There exists a sort of refusal of command, a kind of self-management, an internal agreement to which the conductors, if they want to conduct, must submit. Many conductors have been and are the worst “accomplices” of this situation. The orchestras, in turn dominated by situations often convenient for them (principal conductors nominated to assure themselves record contracts and tournées) have found themselves without a really “stable” conductor, one able and willing to mould and take care of the “sound” as well as to establish human and personal relationships, tending towards the union of souls even before that of players.

All this must not disarm the young conductor who is about to approach a musical art that is surely amongst the most fascinating, an art which can reserve great satisfaction. It is the task of new generations of musicians to replace it in a proper perspective and give it a new and vibrant vitality. It is the task of teachers to instill in young people, above all, a sense of artistic honesty and intellectual honesty in the broadest sense. It is the duty of all, musicians and non-musicians, to fight banality, to refuse philological senseless fashions and exaggerated technicality that have long dried up performances. One must remember that music belongs to Man and it is the projection of his feelings, his passions and his intuitions.